May need to re-dedicate this blog...

When I grew up in Orange County, California, we watched many, many Angels' games. We held season tickets from '73 to '76 - back when they cost about $500 for 4 field level seats for all 81 games.
We suffered through many a lousy season, but always enjoyed ourselves.

Tanana and Ryan and three days of cryin',,, 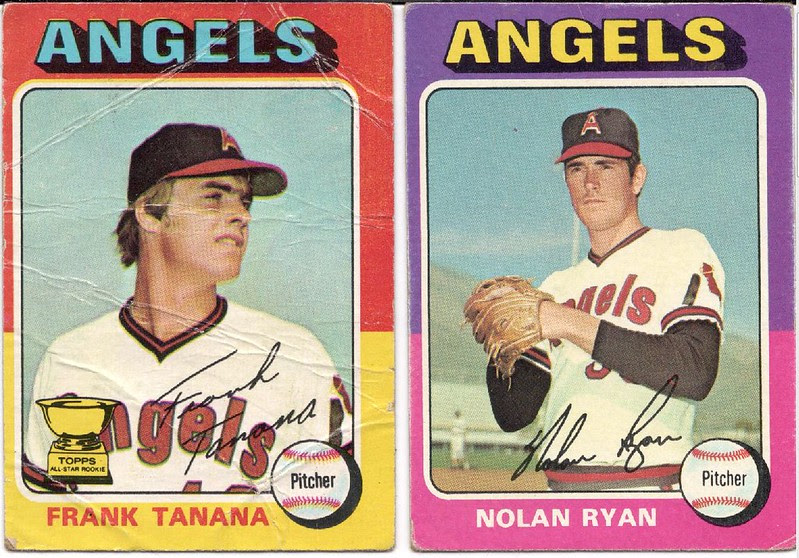 I really can't say that there was much of a rivalry between the Angels and anyone else - I mean, they really weren't that good in the early seventies. The one rivalry that we always enjoyed though was against the Rangers. A lot of my family is from Texas, and I live here now. But even with all that, I could not and would not ever cheer the Rangers. I don't hate them the way Red Sox and Yankees fans hate each other, or say Dodgers and Giants fans do. No, I don't hate Rangers at all. I root against them every game they're playing, but more in a friendly competitive way.

But I fear this is about to change.

And we have my mother to blame. My mother has always been my fellow Angels rooter. Heck, I even dedicated the site to her for the love of baseball she instilled in me as a kid. But a few months ago, my parents moved out to Texas so they could be near family seeing as how hardly any of our family is left in California. For the 4th of July, they had the first party in their new house.

She mentioned that she had some new keys made for the house, and wanted to show them to me.
Then she tossed them down on the table in front of me. 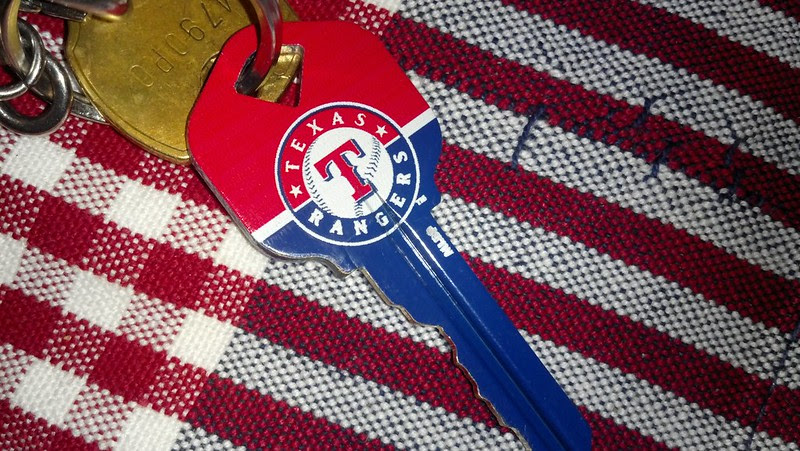 I didn't have any words for it. I looked up at her, my jaw dropped and she screamed Go Rangers! I think she thought it was funny.

She is definitely not going with us next trip to Arlington when Angels are in town.
Posted by Anthony Hughes at 11:34 PM